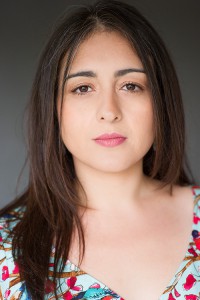 Ok, so I’m going to have to break the random magic-meeting pattern here when I tell you how I came across the supernova singer that is Virginia Thorn. I said to a friend something like ‘inner peace happens for me in the moment my voice carries a vibration through my whole body’. He replied: ‘You HAVE to meet Virginia, one of my oldest friends! She’s always saying things like this.’

It doesn’t take me long to hunt down someone like this. It’s heartwarming to know people who are in love with music through to their soul, which she clearly is;
‘Writing a song usually starts with a feeling. An overwhelming emotion or sensation in my body which begs to be expressed.. which feels like it will explode or disintegrate me if I don’t contain it in a song.’

She’s one to recognise the healing qualities of music, as well as that of other art forms that she practices, such as dance and movement. She runs workshops to share such benefits, guiding meditations alongside Tom Fortes-Mayer, the founder of The Freemind Project, and her upcoming movement workshop, which is called Gateway: movement meditation. Virginia’s voice also spins you into a pretty powerful, restorative trance when she sings with percussive tribal band, Urban Shamans Movement.

Still, just listening to her sing and play guitar at a gig brings on an astonishing sense of joy. Credit obviously goes to her immense vocal talent. Her sound is folky and reminds me a lot of Joan Baez, who she says is a big influence, but you can certainly hear Joni Mitchell in there too. The rich, velvety quality of her music is born to fill a stadium or church.

That’s why I can’t wait for her to launch her 9 track LP, ‘How Shall We Say Goodbye?’, at St John’s church on the 13th of November at 1pm. She’ll be accompanied by incredible musicians so there’s going to be quite an extraordinary atmosphere. Keep an eye out on her Facebook page for the event!